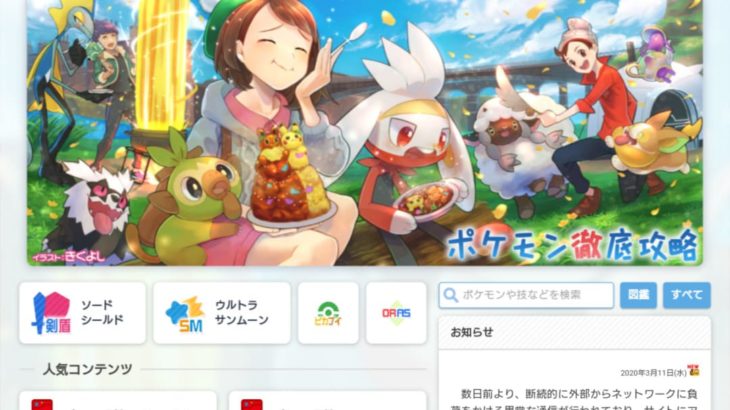 The long-established Pokémon series capture site “Pokémon Thorough Capture (ポケモン徹底攻略)” operated by an individual has fallen into an unstable state due to a DDoS attack.

In response to this, tweets that support the site with a hashtag of “#負けるなポケ徹” on Twitter have been successively, and are ranked in Twitter trend (Japan domestic) as of March 11, 16:00

On this site, on November 24, 2019, webmaster “Yakkun” has been talking about the fact that unauthorized reprinting from the site by corporate game capture sites is rampant, and has become a hot topic.