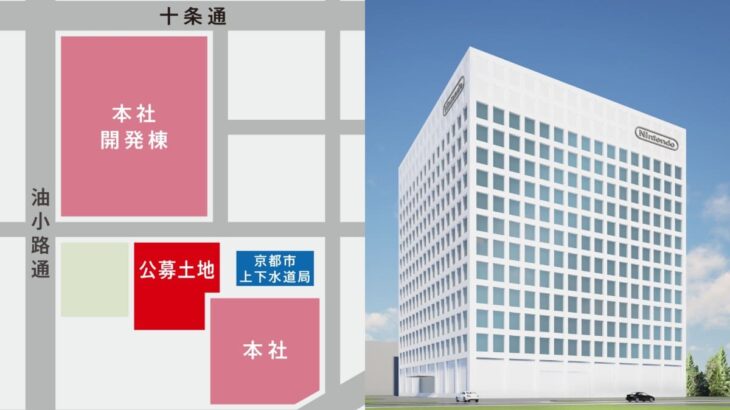 On April 12, 2022, Nintendo announced that it would acquire Kyoto City-owned land adjacent to its head office and build a new development base, “Nintendo Headquarters Second Development Building (tentative name).”

This time, Nintendo acquired the city-owned land that Kyoto City had been recruiting through a publicly-offered proposal on December 8, 2021 (Location: 11-2 Kamitoba Hokodate-cho, Minami-ku, Kyoto City, 5 brushes outside. Site area: A total of 10,028.55㎡). Nintendo has been selected as an effective utilization company, and the bid amount is 5 billion.

A facility “Nintendo Headquarters Second Development Building (tentative name)” is planned to be constructed on this site for the purpose of strengthening the company’s R & D functions. With a total floor area of ​​approximately 38,000㎡ and a steel-framed 12th floor, completion is scheduled for December 2027.