Gawr Gura over 300,000 Subscribers in Just 4 Days after its Debut Livestream 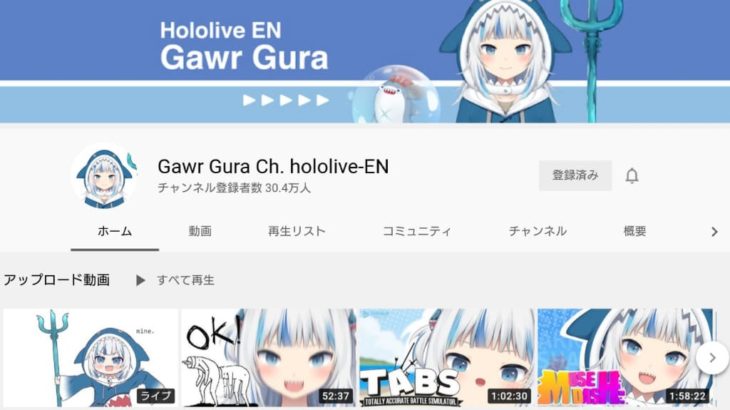 This was achieved at an unusual pace of 4 days after the debut live broadcast, which is the fastest in history among VTubers in the world. On the other hand, Hololive EN is the first to exceed 300,000.