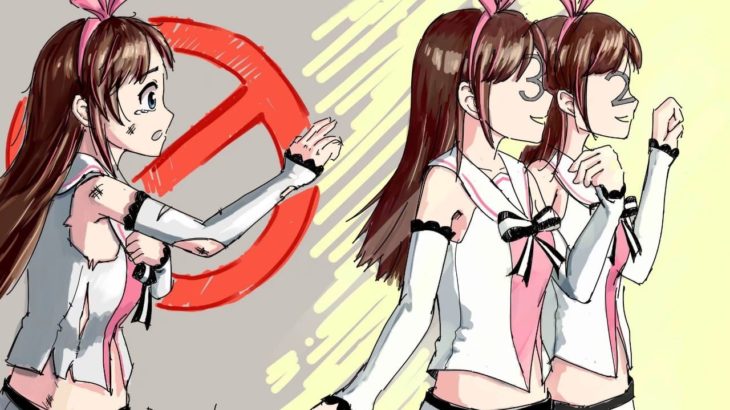 Virtual YouTuber (VTuber) Kizuna AI. The biggest thing she (no gender but noted for convenience) lost last year may be “many people around the world, like fans and other VTubers”.

However, few media and people referred to the case, and little response was heard. The number of video playbacks in the results announcement was as low as 30,000 to 40,000 (as of December 27), and strictly speaking, it was “Equivalent to being Ignored.”

This reality may be because many people perceive the current Kizuna AI as “FAKE.”

Activ8 has announced they are all the same “Kizuna AI”, but people are not really here. As a result of a cold-eyed view as if it were a “Fake” of a replica that is not a “Fake” as a personality, the current Kizuna AI may have become a “FAKE”.

She has been Ignored by other VTubers

In addition, this has affected some of the other VTubers. This was a serious problem especially for those who had a close relationship with Kizuna AI in the past and had respect. “Even though my old friend (Original Kizuna AI) suddenly became a completely different person, something creepy is approaching me as usual.” This is just as scary as the other VTubers.

The consequences are unknown and speculative, but VTubers, who once admired Kizuna AI, no longer mentions her, such as Kaguya Luna, who first called Kizuna AI “Oyabun (Boss of VTubers).”

It’s not just official announcements and settings. “The essential elements Kizuna AI.” She may have been called a “FAKE” as a result of many people’s perception it had been lost.

And now, the Chinese fans of Kizuna AI is most rigorously considering her as a “FAKE.”

When the Chinese version of Kizuna Ai was announced, Kizuna AI fans in Chinese commented, “AI-chan does not need to learn Chinese. We will learn Japanese.” It attracted people from all over the world while talking only in Japanese. “I want to connect with everyone around the world,” transcending politics and nationality. It reflects the “No Side” Kizuna AI should have valued at first. It can be said it is voice.

Even if it is only Japanese, if it is “REAL“, it can exceed both language and nationality. It is proved by “Hatsune Miku“, which she respects as “Senpai”, and needless to say again here.

Hatsune Miku, who has been loved by people around the world enough to hold a live tour all over the world, now sings “Japanese Vocaloid Songs”.

Many people around the world are sending the greatest tribute to REAL Hatsune Miku, the “native singing voice”.

They will be presenting at media briefings at the world’s largest game trade fair “E3”, but the English spoken there is so-called “Japanese English (Engrish)” and they are not fluent in flattering. However, with the emergence of Iwata and Miyamoto, many media and gamers around the world will be unable to control their excitement.

It’s the best proof they’re a “REAL” has captivated and smiled many people around the world.

To return to REAL

Activ8 has passed the year without being accountable for a series of issues surrounding Kizuna AI last year. The company should take the heavy acknowledgment that, over the years, it will not be weathered but will be increasingly forgotten by the public and will only make Kizuna AI a “FAKE”.

What should I do to return to “REAL” again? Activ8 should take this reality seriously.