Crypton Future Media was in charge of the Live Stage Production of hololive 3rd fes “Link Your Wish”, Technology of Hatsune Miku Live was Utilized 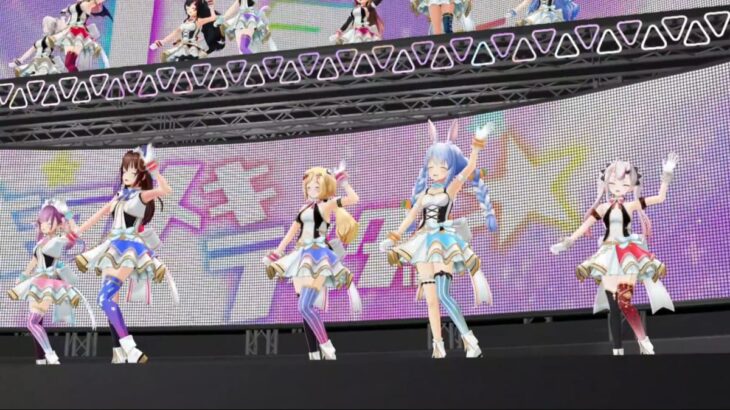 It was announced in advance that Crypton would cooperate in the production of this live event, but it became clear that he was in charge of “Stage Production” in the staff roll after the live.

From around 2010, Crypton started full-scale “Hatsune Miku Live“, which leads to the current virtual live event, in collaboration with Sega and others. It started with a Transmissive Screen and expanded in scale while incorporating the latest technologies such as a motion capture system using VICON, and has had a great impact on many virtual live concerts currently being held.

This is the first time that Crypton will be in charge of stage production for hololive Production’s Virtual Live. This greatly improves the quality from past live performances, especially from the live streaming screen, it meets the standard that you can feel the virtual talents exists on the spot without discomfort, and it shows that have reached one completed form.